I went alone.  I invited four people.  Three couldn't make it and one didn't reply.  I didn't mind going alone, it had been my original idea.  But then I thought it might be nice to invite a friend.  I thought inviting four people increased the odds that at least one person might come.  It didn't turn out that way.

For a few hours I felt sad and hurt and rejected.  These were familiar feelings, but it had been a while.  A while since I'd allowed myself to be vulnerable to ask someone for something.  A while since the rejection that I feared, came.  I was pretty sure it wasn't personal, they weren't trying to avoid me.  And when my heart reacted in the same painful manner as in the past, I didn't like myself.


I sat at the back of the movie theater, in the left corner.  It was a good view.  The small theater was bustling and at the end there was a smattering of applause and some cheering.  They were vocal in their agreement that 'Heaven is for real'.  I agreed too, but slipped out quietly instead of hollering!

When I reached home, I sat in the car for a while.  There were a lot of thoughts and feelings that had arisen.  I had found it frustrating that there could be so little belief within a 'Christian' community.  But the characters in the movie, based on real people, were not saints.  They were just regular people.  And the humanness that was portrayed was heartening.  Trials one on top of the other had threatened to overwhelm.  Then came the voice of a child to tell them not to be afraid.  It was real, Jesus was real, he had seen him.  When each character embraced their brokenness, belief was found shortly after.  If we hide from our pain, we don't need a healer.  If we hide from our faults we don't need a redeemer.  If we hide from the fact that we are lost, we don't need a saviour.  Children naturally look to their caregivers when they are hurt, they are always conscious of the rules for behaviour (even if they don't always follow them) and they don't often go far alone.  As Jesus said, we would do well to be like little children.

"Then He called a child to Him and had him stand among them. 3 “I assure you,” He said, “unless you are converted and become like children, you will never enter the kingdom of heaven. 4 Therefore, whoever humbles himself like this child—this one is the greatest in the kingdom of heaven.  "  (Matthew 18:2-4 HCSB)


But what of the little children that we never get to meet, the ones who never get the chance to grow up?  From the evidence in the movie, they go straight to be with Jesus and my heart knows they are happy there; but my heart is broken that families are missing little ones who belong to them.  I cried for the babies I knew that had gone straight to heaven, and later I realised that I must have siblings waiting to meet me there; maybe I have a sister!  Maybe, I wasn't really alone when I went out.

I believe that heaven is for real.  I believe it is closer than I think most days. 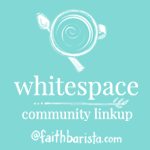 Posted by Princess Morag at 3:41 pm